This is a list of historic figures, philosophers, artists, authors and influential people who all have something in common. They are all vegans or vegetarians. Also included are a some quotes by them on the subject of consuming animals. 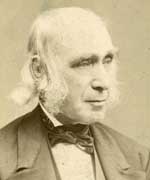 A vegetable diet lies at the basis of all reform, whether civil, social, moral or religious.
Cesar Chavez
Vegan 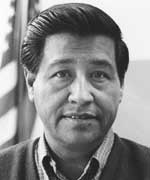 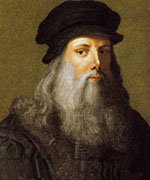 I have from an early age abjured the use of meat, and the time will come when men such as I will look upon the murder of animals as they now look upon the murder of men.
He who does not value life does not deserve it.
Truly man is the king of beasts, for his brutality exceeds them. We live by the death of others. We are burial places!
Sir Arthur Conan Doyle
Vegetarian 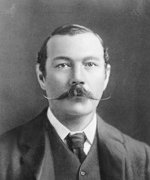 At the moment our human world is based on the suffering and destruction of millions of non-humans. To perceive this and to do something to change it in personal and public ways is to undergo a change of perception akin to a religious conversion. Nothing can ever be seen in quite the same way again because once you have admitted the terror and pain of other species you will, unless you resist conversion, be always aware of the endless permutations of suffering that support our society.
Thomas Edison
Vegetarian 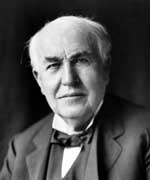 Non-violence leads to the highest ethics, which is the goal of all evolution. Until we stop harming all other living beings, we are still savages.
Albert Einstein
Vegetarian 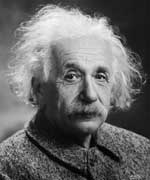 Albert Einstein had long supported the idea of being a vegetarian but it wasn't until he was in his 70's that he actually did it. After doing so, he was very outspoken about how he wished he had made the change sooner.
I have always eaten animal flesh with a somewhat guilty conscience.
Vegetarian food leaves a deep impression on our nature. If the whole world adopts vegetarianism, it can change the destiny of humankind.
So I am living without fats, without meat, without fish, but am feeling quite well this way. It always seems to me that man was not born to be a carnivore.
It is my view that the vegetarian manner of living, by its purely physical effect on the human temperament, would most beneficially influence the lot of mankind.
Benjamin Franklin
Vegetarian 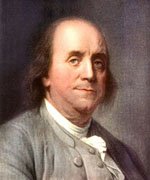 Benjamin Franklin wrote in his autobiography that he became a vegetarian when he was 16 and remained one for life.
My refusing to eat meat occasioned inconveniency, and I have been frequently chided for my singularity. But my light repast allows for greater progress, for greater clearness of head and quicker comprehension.
Flesh eating is unprovoked murder.
Mahatma Gandhi
Vegetarian 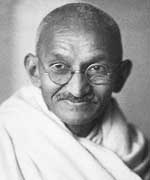 The most violent weapon on earth is the table fork.
The greatness of a nation and its moral progress can be judged by the way its animals are treated.
I abhor vivisection with my whole soul. All the scientific discoveries stained with innocent blood I count as of no consequence.
Hippocrates
Vegetarian 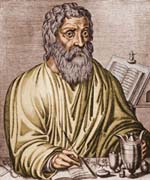 The soul is the same in all living creatures, although the body of each is different.
Franz Kafka
Vegetarian 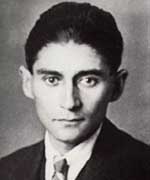 Now I can look at you in peace; I don't eat you any more.
Linda McCartney
Vegan 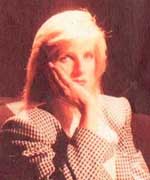 If slaughterhouses had glass walls, the whole world would be vegetarian.
Paul McCartney
Vegan 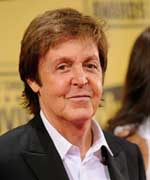 You can judge a man's true character by the way he treats his fellow animals.
Sir Thomas More
Raw Vegan 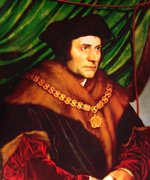 The Utopians feel that slaughtering our fellow creatures gradually destroys the sense of compassion, which is the finest sentiment of which our human nature is capable.
Plato
Vegetarian 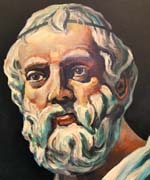 The Gods created certain kinds of beings to replenish our bodies; they are the trees and the plants and the seeds.
Plutarch
Vegetarian 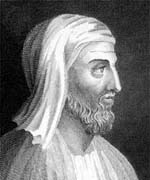 A human body in no way resembles those that were born for ravenousness; it hath no hawk.
Pythagoras
Vegetarian 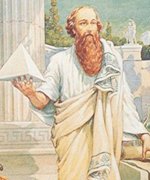 Alas, what wickedness to swallow flesh into our own flesh, to fatten our greedy bodies by cramming in other bodies, to have one living creature fed by the death of another! For as long as men massacre animals, they will kill each other. Indeed, he who sows the seeds of murder and pain cannot reap the joy of love.
Jean-Jacques Rousseau
Vegetarian 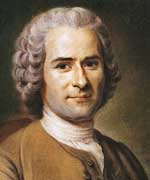 Ruthless man: you begin by slaying the animal and then you devour it, as if to slay it twice. It is not enough. You turn against the dead flesh, it revolts you, it must be transformed by fire, boiled and roasted, seasoned and disguised with drugs; you must have butchers, cooks, turnspits, men who will rid the murder of its horrors, who will dress the dead bodies so that the taste decieved by these disguises will not reject what is strange to it, and will feast on corpses, the very sight of which would sicken you.
Albert Schweitzer
Vegetarian 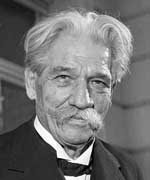 Until he extends the circle of his compassion to all living things, man will not himself find peace.
Matthew Scully
Vegan 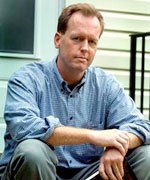 Let's just call things what they are. When a man's love of finery clouds his moral judgment, that is vanity. When he lets a demanding palate make his moral choices, that is gluttony. When he ascribes the divine will to his own whims, that is pride. And when he gets angry at being reminded of animal suffering that his own daily choices might help avoid, that is moral cowardice.
George Bernard Shaw
Vegetarian 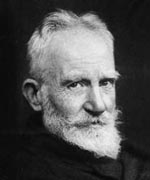 Think of the fierce energy concentrated in an acorn! You bury it in the ground, and it explodes into an oak! Bury a sheep, and nothing happens but decay.
A man of my spiritual intensity does not eat corpses.
Animals are my friends and I don't eat my friends.
Peter Singer
Vegan 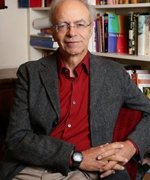 Becoming a vegan is a sure way of completely avoiding participation in the abuse of farmed animals. Vegans are a living demonstration of the fact that we do not need to exploit animals for food.
Socrates
Vegetarian 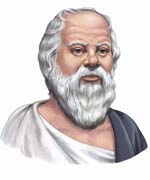 If we pursue our habit of eating animals, and if our neighbor follows a similar path, will we not have need to go to war against our neighbor to secure greater pasturage, because ours will not be enough to sustain us, and our neighbor will have a similar need to wage war on us for the same reason? ... Would not these facts prevent us from achieving happiness, and therefore the conditions necessary to the building of a just society, if we pursue a desire to eat animals?
Nikola Tesla
Vegetarian 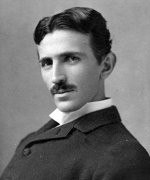 On general principles, the raising of cattle as a means of providing food is objectionable. It is certainly preferable to raise vegetables, and I think, therefore, that vegetarianism is a commendable departure from the established barbarian habit. That we can subsist on plant food and perform our work even to advantage is not a theory but a well-demonstrated fact. Many races living almost exclusively on vegetables are of superior physique and strength. There is no doubt that some plant food, such as oatmeal, is more economical than meat, and superior to it in regard to both mechanical and mental performance. Such food, moreover, taxes our digestive organs decidedly less, and in making us more contented and sociable, produces an amount of good difficult to estimate. In view of these facts every effort should be made to stop the wanton, cruel slaughter of animals, which must be destructive to our morals.
The Dalai Lama
Vegetarian 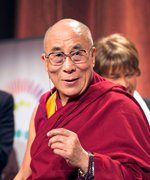 I do not see any reason why animals should be slaughtered to serve as human diet when there are so many substitutes. After all, man can live without meat. It is only some carnivorous animals that have to subsist on flesh. Killing animals for sport, for pleasure, for adventures, and for hides and furs is a phenomenon which is at once disgusting and distressing. There is no justification in indulging in such acts of brutality... Life is as dear to a mute creature as it is to a man. Just as one wants happiness and fears pain, just as one wants to live and not to die, so do other creatures.
Henry David Thoreau
Vegetarian 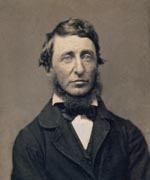 One farmer says to me, 'You cannot live on vegetable food solely, for it furnishes nothing to make the bones with;' and so he religiously devotes a part of his day to supplying himself with the raw material of bones; walking all the while he talks behind his oxen, which, with vegetable-made bones, jerk him and his lumbering plow along in spite of every obstacle.
I have no doubt that it is a part of the destiny of the human race, in its gradual improvement, to leave off eating animals, as surely as the savage tribes have left off eating each other.
Leo Tolstoy
Vegetarian 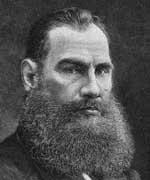 A man can live and be healthy without killing animals for food; therefore, if he eats meat, he participates in taking animal life merely for the sake of his appetite. And to act so is immoral.
Paul Watson
Vegan 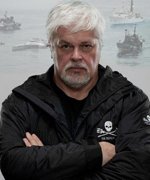 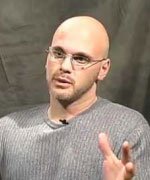 The problem is that humans have victimized animals to such a degree that they are not even considered victims. They are not even considered at all. They are nothing. They don't count; they don't matter; they're commodities like TV sets and cell phones. We have actually turned animals into inanimate objects - sandwiches and shoes.
It is not your right - based on YOUR traditions, YOUR customs and YOUR habits - to deny animals THEIR freedom so you can harm them, enslave them and kill them. That's not what rights are about. That's injustice. There is no counter-argument to veganism. Accept it. Apologize for the way you've been living. Make amends and move forward.