PaceWizard.com is one of my side-projects. It allows users to apply various training plans to race events. Or they can use the editing features to modify plans or create their own plans from scratch. 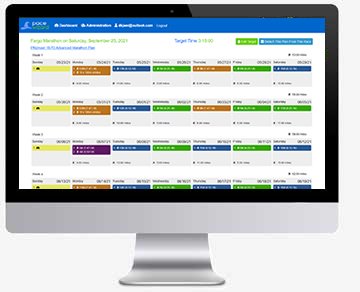 ASAllc.com is the company website for a small financial firm and contains both a public facing front end and a private site used internally. 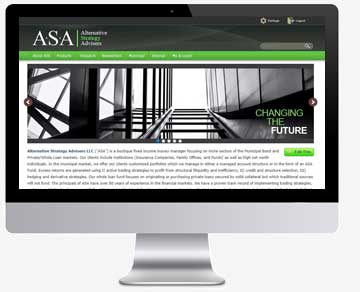 OccumEstates.com is a site for showcasing rental properties. 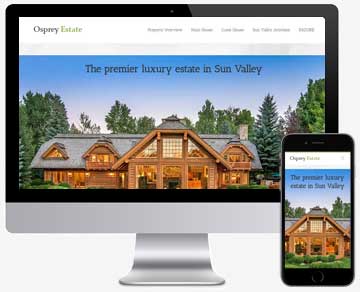 SwimBikeRun.net is a private site that I created for race training. 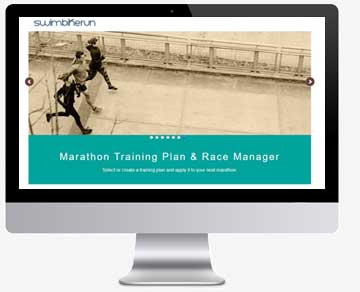 WinRep was web-based CRM designed for sales people. Unfortunately, I don’t have any screenshots. 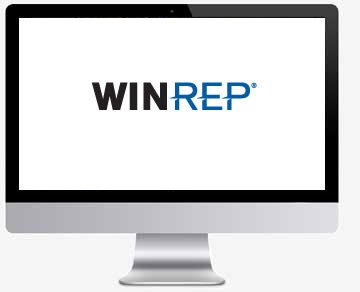 DinBin is a private music portal that I developed from scratch and host on my own server. 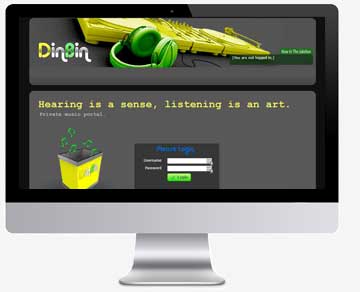 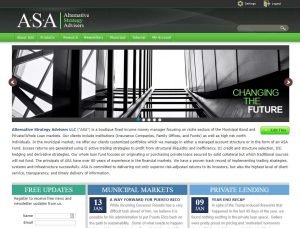 A large portion of the public facing content on the ASA website is blog posts and information about the services they provide but the internal side is where the fun stuff resides. Here you will find processes for calculating profit/loss, generating & eportinging trade data, generating & distributing reports, a variety of cool web services and even a homemade CRM with marketing features. 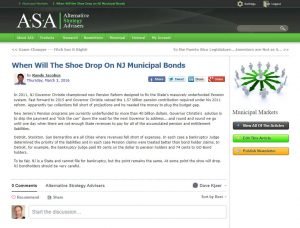 The blog on the site is homemade and is used by the traders at ASA to communicate news and their insights about the market to their clients and the general public. It uses Redactor for a text editor which allows the users to drag and drop image files into their posts. Behind the scenes, the site then create a database record of the image and various parameters about it which can be used for searches and monitoring disk space. 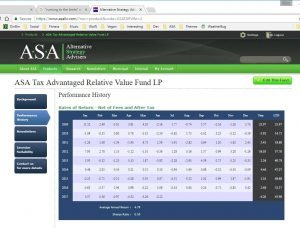 Not only does the stie display product information but it also provides downloads of their monthly newsletters, performance history and descriptions of who the fund is best suited for. 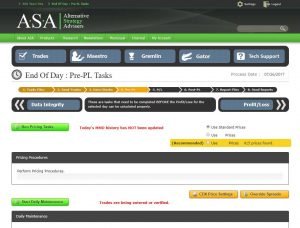 At the end of every day, ASA runs plethora of processes to closeout the day. They include creating trade data which is sends to outside parties, accumulating prices for a wide range of financial products, calculates the profit/loss for the day and send out reports to various parties. 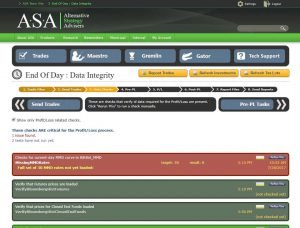 Throughout the day, ASA is pulling in market data from a vast range of sources. This data is then used to generate snapshots that are as close as possible to real-time. These snapshots are then used for active trading and generating up-to-date reports.

This was initially created in 2011 but has been an ongoing project ever since. Not only is it a private site that allows me to listen to my music collection but it is the site where I try new tricks and techniques thus, it contains some pretty awesome features. For instance, a jukebox that continually selects tracks and displays what is playing in real-time using Comet. It also has a built-in MP3 editor that allows you to select a portion of a track, save the parameters to a database and playback the sample without creating a new mp3 file! So many cool things but, unfortunately since it is a private site, nobody else can see them. 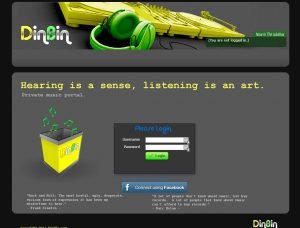 This was the first time I had implemented a Facebook login button. It works but to avoid having the general public accessing the site, your FB profile needs to be linked to a DinBin profile before you are granted access. 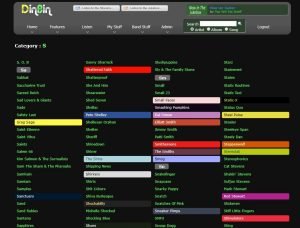 This displays all of the artists by the first letter in their name. In order for it to have the feel of browsing through an old cassette case, I added the ability to customize the colors of each individual artist. 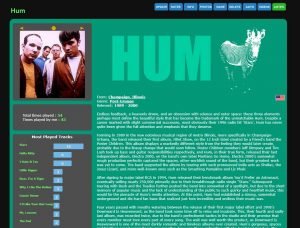 This displays various information about the artist as well as a logo, some photos, their discography and a list of similar artists. I also added a list of the ten tracks most listened to on DinBin and the number of times you have listened to them. 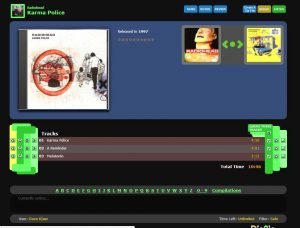 This displays an album along with the next and previous albums in the artist’s discography. The track listing shows the time duration of each track and overall. Just for kicks, I display the album cover as a CD jewel box. This was done by using a PNG overlay. It used to show a realistic sun glare across the cover but it was a little TOO realistic and obstructed the view of the cover so I removed it. 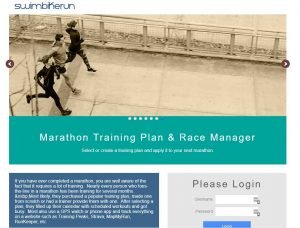 This is another private site which started out as an activity tracker that combined all of the features that I liked on sites like Strava, RunKeeper, MapMyFitness, Training Peaks and Garmin Connect. I was using the Garmin API to pull in activity data but after 90 days, they required a substantial amount of money to continue. Instead, I changed the site from an activity tracker to a training plan generator and now use it my race training. 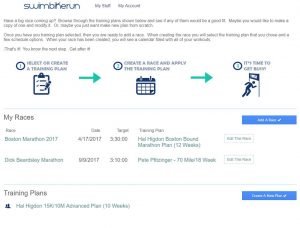 The database contains workouts and training plan templates. The user enters some information about their race and selects a plan. This race is then saved in their personal library and they can change it at any time. 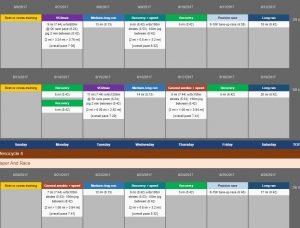 The user enters their target finish time and the date of the race. The site then generates an entire plan and displays a calendar with each workout and the paces that they should run then at. 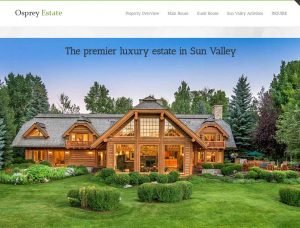 This site showcases a luxury property rental. It contains information about the property, the community it is in and displays a large number of photos. 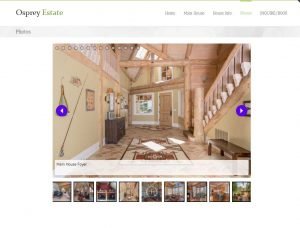 There are several separate photo galleries loaded with images of the property. 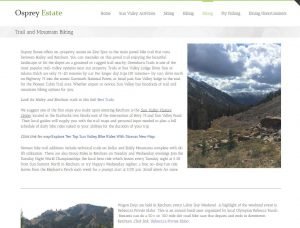 In addition to property information, the site also contains information about the surrounding area and activities that are available. 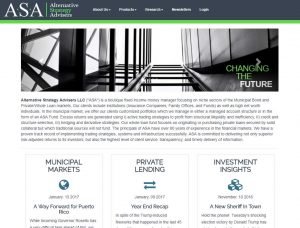 The features on this site are basically the same as the original site, however, it is much easier to use. 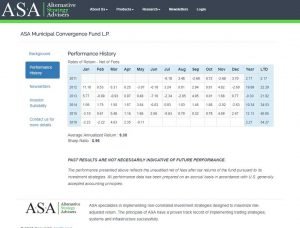 The performance chart is completely generated in the API and delivered to the interface in JSON format. This page generates a mobile-frinedly chart using Bootstrap. 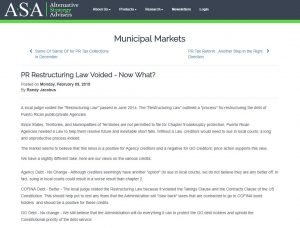 The homemade blog contains all of the functionality of the original blog but it is lightening fast and looks great on mobile devices. 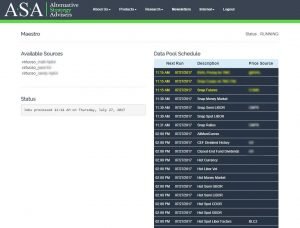 The application that imports the data is called Maestro. This page allows you to monitor the jobs. 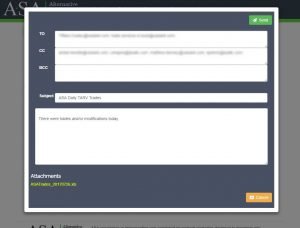 At the end of the day, ASA sends out reports to various parties via FTP, Email or a web page upload. This is an email. This same screen can be used to send any email actually. Again, the logic is all in the API. 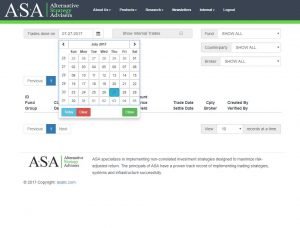 This is a paginated list of trades filtered by date (notice the datepicker). I chose a date with no trades for security reasons but this is usually filled with trades. You can also click on a trade and edit it in a modal window. 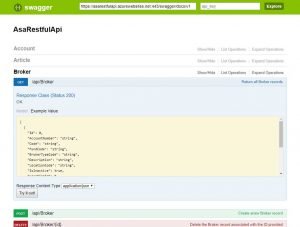 In order to adhere to the Open API Specification, Swagger was implemented using the Swashbuckle library. 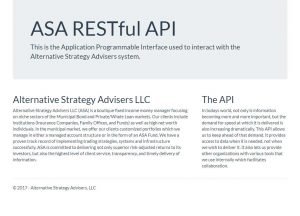 The web interface is a simple Bootstrap front-end which provides a general description of the API.

WinRep was a CRM for sales people who was originally developed in 1993 using Visual Basic 3 with a Btrieve database. In 2000, I worked with a team of developers who transposed the entire application to the web using ColdFusion and SQL Server. This was pre-AJAX so we used IFrames with JavaScript to do partial screen updates. The application was innovative enough to be featured in a two-part article in the July 2003 edition of Agency Sales Magazine.
Part 1
Part 2

Pace Wizard is a side-project that kept me busy during the COVID lockdown. It allows users to create an account which they can use to create, collect and modify training plans for race events. It allow a wide assortment of workout types such as running, biking, swimming, skiing, etc. I also added a feature for importing and exporting plans using JSON files.