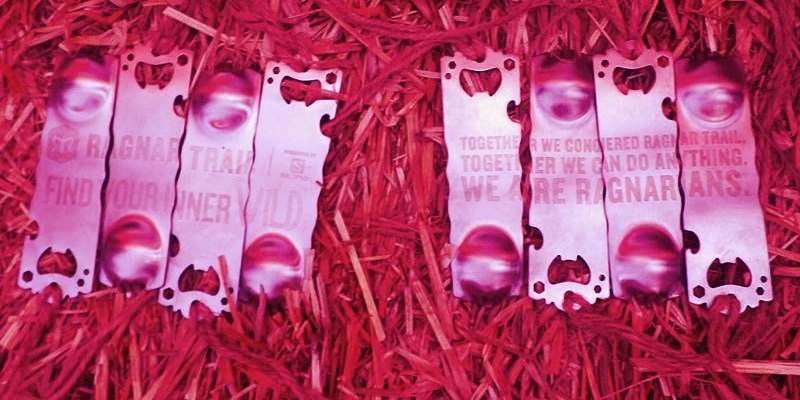 How the race works

Ragnar trail relays are quite different from the road versions. The most obvious difference is that the trail races are not point-to-point like roads relays. In road relays, the 200 mile route is split into 36 ‘legs’, of which, each member of the 12-person team runs three. In trail relays, there three ‘loops’ of varying distances which all start and end at the same point. The overall length of the three loops is 15 miles. The three loops in this race where Green (3 miles), Yellow (4.5 miles) and Red (7.5 miles). The team takes turns running the loops in a designated order until each member has run all three. The equates to an overall length of 120 miles. 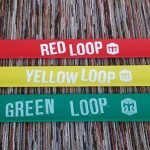 The logistics are also completely different. In road relays, the team travels by van along the route as they progress toward the finish. In trail relays, there is an area called the ‘Exchange Zone’ where all three loops start and end. Each team camps near the Exchange Zone and sends out one runner at a time. The runner wears a number belt which is passed on to the next runner. When the current runner nears the end of their loop, the next one prepares to receive the belt and begin their loop.

The campsite and our teams 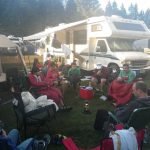 Our situation was kind of unique in that we actually had TWO teams. Thus, our campsite was pretty busy with two runners at a time out on the trails and twice as many exchanges taking place. The number of people coming and going doubled and we had to fit more people into the same size camp space. I have to admit that the chosen team names were not exactly my favorite. Team Whips and Team Nae Naes. I was on Team Nae Naes.

Our campsite was crowded but nice. One gentleman brought a large camper and two other teamates had tents. The camper had a large awning which turned out to be a lifesaver since the temperatures soared into the 90’s on both days. It had an outdoor shower with 30 gallons of water which allowed us to have a quick rinse after each run. It also had a bathroom so we could change clothes in private. Unfortunately, nobody in Ragnar Village is allowed to use a generator so air conditioning was out of the question.

Campfires are also not allowed but someone brought a bright gas lantern and placed it on the ground in the middle of the camp. It provided more than enough light and seemed so similar to a fire that we put all of our chairs in a circle around it.

For sleep, it seemed like everyone found a place except me. I just threw my sleeping bag on the ground after my second loop and got about two hours of sleep. One teammate tried to go without sleep but ended up dozing off in a lawn chair.

The first runners from our teams started shortly after noon on Friday. It was 90 degrees and humid. The weather forecast said a heat advisory had been issued. The first loop is the Green Loop. The two runners were husband and wife so they ran together. She was also pregnant so they mostly walked. The second two runners were myself and Jeremy. We were to run the Yellow loop. Jeremy admitted at the start that he would not be able to keep up with me so I took off solo.

This was a 4.5 mile loop that began with a wide trail up a long, gradual hill. After about a half mile, we were funneled into the forest on a single-track trail. At first the trail was smooth dirt but tree roots and rocks began to appear. The course quickly became more technical with numerous turns and switchbacks. It basically remained that way up until the last mile when we exited the forest and ran on a gravel road before entering the forest again. This was followed by another single-track path which only lasted for a quarter-mile. 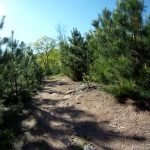 Just before the last path exited the forest, some volunteers were in the path and signalling for me to go around them to the right. As I passed by, my foot kicked a large root just as the trail went down a small hill. This caused me to stumble but I managed to stay upright. I happened to glance down and noticed a man laying on the ground with blood all over his face, shirt and leg. There was also a large pool of blood on the ground. He looked me in the eye as I was stumbling and probably thought I was going to land on top of him. I have a feeling he may have stumbled on the same root and fell down the hill. Fortunately, there were numerous volunteers helping him so I continued on. Seconds after seeing the injured man, I crossed the mat that notifies the next runner on our team that I am close to the exchange. The next runner was Marie who was also the team captain.

Somehow, mere yards from the finish, I accidentally took a wrong turn went 180 degrees in the wrong direction. Coincidentally, this path led me back to the beginning of the loop. Nothing seemed familiar and there were trail markers so it seemed like I was still on the right path. About a half-mile later, it became obvious that something was wrong. A woman approached so I asked her if she was starting or finishing her loop. She said starting. SHOOT!!! I immediately started walking back against traffic until I found a volunteer. I told him what had happened and he instructed me to take run Green Loop back to the exchange.

The second time through, I took the correct turn. My teammates were now scattered along the path and asking if I was alright. I yelled that I was fine but had taken a wrong turn. When I made it back, they said they heard about the injured man and since I had not returned, they thought it was me. I handed the belt to Marie and she was off. 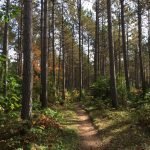 My next run was the 3 mile Green Loop which I started at midnight. My goal this time was simple – Do NOT make a wrong turn. There was no moon so my only light was a headlamp. The loop began on the same wide trail as the other loops. Shortly after I reached the single-track, I caught up to another runner who was not interested in moving over. I thought of forcing myself around but the extra visibility from his headlamp was actually helpful so I decided to just draft behind him. After a half-mile, a faster runner passed by us so I decided to follow him instead. He led me the rest of the way through the woods. Once we exited onto the road (the same one as the other loops), I thanked him for navigating and took off. The path was well lit near the end and I managed to complete the loop without incident. Mission accomplished.

This was the longest loop at 7.5 miles. I started it at 8 AM on Saturday. The sun was out but it was not very warm yet. The single-track here was noticeably more difficult than to the other two loops. I passed a women a mile in and about 20 yards later I heard her yell to someone else behind me, “You can catch him!”. I turned and saw another man passing her. It was on! The next mile was wide trails with large, rolling hills. A half-mile later I glanced back and he had fallen behind a bit.

Soon we were back in the woods again. This section was more technical than anything I had encountered so far in the entire race. It required total concentration and split-second decisions. The guy behind me was now gaining so I pushed on harder. I was surprised by how fast I was dancing over the rocks and really started enjoying it. I was still no match for the other guy so I moved aside to let him by. He actually told me to stay in front because he couldn’t keep up with me on the hills. So I did. Sure enough, we encountered another hill and he fell behind again. Then we hit a two-mile stretch of technical terrain and I was no match for him so I let him pass. He soon disappeared into the distance ahead of me.

The last two miles were wide, grass trails and large, rolling hills. Everyone was walking but I was still felling pretty good so I managed to pass a ton of people. Soon I exited the woods onto the familiar road shared by the other trails. After that I ran hard all the way back. When I exchanged the belt, Marie told me that my time was really good. It felt great to be done and to finish strong.

Team Whips had a much faster finish than Team Nae Naes due to several factors. First of all, everyone was slower that their estimated road 10k pace. Some were much slower due to the difficulty of the terrain. This through the estimated times out the window. Also, one runner on Team Whips dropped after the first loop and a much faster runner took over the remaining loops. I alone cost my team about 25 minutes when I took the wrong turn in my first loop.

Eventually Kevin, the final runner for Team Nae Naes approached and a couple of us ran across the finish line with him. Both teams were done and we all got our medals. Kevin, John and I hopped in my car and headed for home.

Ragnar plays with your mind

Living in the Ragnar Village throws off your concept of time. There is no ‘appropriate’ time to sleep or eat. People are chowing down pizza and drinking beer at 8 AM. I saw a woman walking with a hamburger at 7 AM. There were people walking around with beer in their hand all night and all morning. A woman on my team uncorked a bottle of wine at 9 AM. It’s pretty cool actually.

When I got back to MInneapolis, it took a little time to get used to normal life again. What time is it? What day is it? It was surprising how much Ragnar had messed with my body’s internal clock.

It was an amazing 24 hours and I look forward to another opportunity to do one of these. I can’t decide which type of Ragnar I liked more. Road or trail. They both had their pros and cons which net out to about the same. 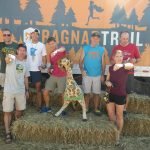 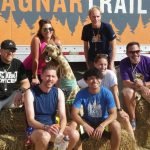 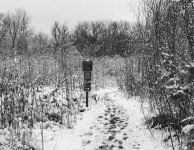 My Introduction To Trail Running