With eleven weeks left before the Boston Marathon, my training thus far has been pretty laughable. I began with the high-mileage Pfitzinger 18/70 Plan but switched in week 5 to a plan with Hanson Plan which has less mileage and more intensity. After less than a week on that plan, I switched again to a shorter, 12-week Hal Higdon Plan which is designed specifically for the Boston Marathon. This plan has low-miles and high-intensity during the week but more miles on the long, weekend runs. It also emphasizes hills which everyone I talk to says that I should be doing. After one week on the Hal Higdon Plan, I finally feel like I am making progress. My paces are finally showing some signs of life in both short and long distances.

Speaking of hills. Last week I discovered a great location for doing half-mile hill repeats. If you live in or have visited Minneapolis, you are aware of how flat it is here. A half-mile long hill that is reasonably steep is a rare find.

Another issue this year has been my Plantar Fascitis. It started last fall and made me pretty worried that it was going to disrupt my training but actually, it really has not been much of a problem at all. I wear the Strausburg Sock in the evenings, wear slippers in the house and started running in Hoka shoes. In the morning my heel is really sore for about 30 to 60 minutes but then the pain disappears. I have found out the hard way that the sock is really important. Every once in a while I’ll forget to wear it and notice it right away the next morning when the pain is far more intense. Morning runs are almost entirely out of the question but running in the evening is actually working out pretty well. 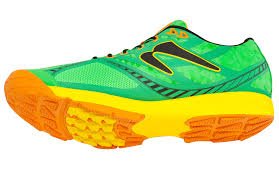 One other issue is that, although the Hoka shoes are great for the PF, they are horrible for traction in winter conditions. For that reason, I bought a pair of Newton Boco AT II trail shoes. The Newtons are great for winter running but they lack the pillowy cushion and make my heel sore. For that reason, I wear the Newtons on speed workouts and runs of less that 8 miles then save the Hokas for long runs, recovery runs and hill workouts (these are hard on the heels).

It was obvious that training in the winter was going to be tough but there is another factor that I did not anticipate. School. Well, not so much school but school sports and events. This is the first year that my daughter has gone out for Nordic skiing and she really likes it so that easily takes priority over my marathon. I am far more thrilled about her enjoying skiing than me having a faster time in Boston.

In short, the first six weeks were a bit of a cluster but week six rocked. I am definately starting to see some progress in my paces. I have a training plan that will work great, a really nice treadmill in the basement, there is no sign that my PF is getting worse and my daughter’s Nordic season is done this week. Also, the sun is rising earlier and going down later and the average temperatures are getting warmer each day. And most important, I was starting to dread each workout but lately my love of running has returned.