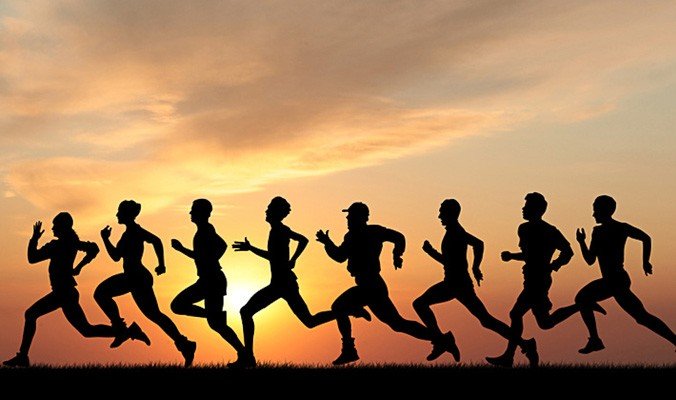 Society Is A Group Activity

The middle of a long run or bike ride is a great time to think about things. You can let your mind wonder with no distractions and maybe even come up with a new idea or two. During a recent bike ride I did just that. I drew an analogy between a group bike ride and society as a whole. Before going into the details, allow me to provide a little background first.

I grew up living in three different trailer houses and an apartment over a bar. I would not say that we we “poor” but I do know that when a business needs investors, the trailer court is not exactly the first place they head for. While we were not living in poverty, I had a lot of friends and neighbors who definitely were. I now work for a financial company in a nice, high-rise office with a balcony and live piano music the lobby every morning. My days are spent surrounded by successful, wealthy people trying to become more wealthy.

After being immersed in these vastly different points on the spectrum, there is one thing that I have noticed – wealthy people have a really warped view of people who live in poverty. Many of them actually believe that poor people live in despair because they do not have money. Wealthy people do not understand how anyone could be happy when they do not have a nice home and cool stuff. They do not understand how anyone could actually place money and wealth low on their list of priorities in life.

The happiest and most content people I have ever met are poor. Does not mean that poverty is something to strive for? Of course not. What it means is that there are a lot of people who realize that owning a big house and having a lot of cool stuff does not equal happiness. They would simply roll their eyes and laugh at the thought of owning a 6-bedroom house and driving around in a Maserati. They realize that owning these things is not who they are. These people are interested in experiencing life, having peace of mind, a clear conscience and being in the company of an ever growing circle of friends and family.

Here are some words and phrases that the wealthy use a lot: “progress”, “accomplish”, “contributing to society”, “strive for greatness” and “pull your weight”. Their words seem to imply that we are trying to advance toward a goal by “improving” the world and every time you make a good move, you will be rewarded. What exactly are we improving? What everybody were to stop “progressing”? Where is the finish line?

The truth is that capitalism is a fools game. It is entirely contrived by humans and has nothing to do with improving life. Progress equals wealth. It does not equal happiness or a better quality of life. Capitalism is a race in which there may be a leader but, since there is no finish line, there can never be a winner. A capitalist might respond to that statement by saying “we are all winners of progress”. Really? You are in a race that never ends, yet, the fuel needed for the participants does. Are you actually foolish enough to ignore this basic fact?

What would happen if we abandoned this nonsensical competition? So what if our country is not the richest in the world? Is there a rule that you can only be happy if your nation’s GNP is in the top 10? Some people might claim that being a powerful country allows us to defend ourselves. This ignores the fact that we ARE a powerful country and we still read obituaries in any local paper of kids who died in battle. We are still constantly in fear of attacks from enemies. Many nation are not playing our game yet we treat them like they are and consider them to be inferior.

After completing a group run with some friends one day, it occurred to me that this group was actually a microcosm of the greater society.

There are some dynamics that are common with every run or bike group. Most people are there to get a workout with a little social interaction. As with everything however, there are extremes. Every group contains individuals who want to go a little faster while others are more interested in the social aspect. Some are with a smaller group of friends within the overall group. These people all have to go the same pace as the slowest in their small group.

These two extremes can put a strain on the integrity of the group. Should the faster people slow down? Should the slower people stop talking and speed up? Should they just go fast and stop every now and then to let the others catch up? This can even lead to conflict if the people in the back believe the faster people are impeding their ability to chat. Or, the people in the front start to wish the slow people would try harder to keep up.

How do you keep the fast people from making the whole group speed up while simultaneously keeping the people in the back from slowing everyone down? If you ever participated in one of these groups you already know the answer. Before you start, you simply agree on a pace that everyone is comfortable with and decide whether or not the group will stop to wait for the people who can not maintain that pace. In cycling, such a group is called a “no drop” group and they make regular stops to let the slower riders catch up. It is common for someone to shout out that the group can speed up a little or tell everyone that the group is going too fast.

What causes this tension? Two things. Abilities and priorities. Some people place a high priority on pace while others put a high priority on social interaction. Most are somewhere in the middle. Some simply do not have the ability to go any faster and have no desire to. Why should they?

There is a lot concern these days about how the gap between the rich and the poor is now greater than ever. Our group is being pulled apart. The people in front are causing the whole group speed up but there are a lot of people who are not interested in the race. this This is a “no drop” group and we are going too fast. Someone needs to shout out and tell the people in front to stop and wait for a few of the folks in the back.