An Enjoyable Long Run? Yes, It Actually Does Exist 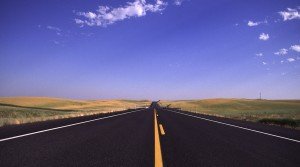 I define a “long run” to be a run of 18 miles or more. These are easily the runs that I dread the most when I am training for a marathon. So far this year, I have completed the 10 of them and after all of those long runs, I can finally say that I actually enjoyed one.

In previous years, I made the mistake of running these at race pace. The purpose of a long run is to build your endurance and nothing else. These are NOT good workouts for improving speed. The best way to build endurance is to run for a long time without getting injured. How do you do that? You run for a long TIME. I emphasize the word time because that is the real goal of a long run. Not distance. The more distance you run, the more you risk getting injured and this risk increases exponentially as you exceed 20 miles. This is why most training plans won’t even allow you to run over 20 miles.

A long run should be a distance of 18 to 22 miles and run slow. By running slow you maximize the time that you spend on your feet. If you keep the distance from exceeding 20 miles, you don’t greatly increase your risk of injury. I finally got this now.

In prior years I would always make the mistake of running long runs at marathon pace. They were absolutely brutal and what I was really doing was running my marathon before that day of the race. In the book “Duel In The Sun”, marathon legend Dick Beardsley tells the story about when he won the Atlanta marathon held just weeks prior to the Boston Marathon. When he phoned his coach and told him, his coach was furious and said something along the lines of “You idiot, you just ran your Boston Marathon in Atlanta.”

“Save your race for the day of the race.”

The most common mistake I make on long runs is that I start out too fast. I have noticed recently that the first mile sets the tempo for the rest of the run. The first mile MUST be run at the target pace. If you run the first mile at a fast pace, you will still feel good afterward and think to yourself that you can maintain that pace and continue to do so. Congratulations on your fast long run. Unfortunately this isn’t the actual race. You are training and you just missed the opportunity to run for a long TIME and build your endurance.

Today I had the best long run that I ever had. May target pace was 8:56 minutes/mile. I will say that I started out a bit fast but fortunately, when I noticed it, I had the discipline to slow down. By mile five I felt completely fresh. When I passed mile ten I still felt great. It wasn’t until mile 13 or so that I actually felt the first signs of fatigue but it didn’t last long. At mile 15 my average pace was 8:48 and I felt so good that I considered either adding some extra miles or finishing the last three miles at race pace. I decided on neither but did pick up the pace slightly at the end since my family was waiting for me so we could eat dinner.

When I finished, my wife was in the backyard and commented that I didn’t even look tired. She said that I looked like I had just run a mile. It took long enough but I finally realized that I had figured out how to properly do a Long Run. I left a lot in the tank but I felt like I had improved my body’s endurance level.