Since I am planning on participating in triathlons this season, it seemed like a good reason to finally upgrade my bike.  I love my Trek Antelope 830 that I bought new in 1991 but it’s probably not the ideal bike to use if you need all the speed that you can get.  After  obsessively scouring the internet, I came across a deal that I couldn’t refuse and picked up a 2012 Giant TCR Composite 2. 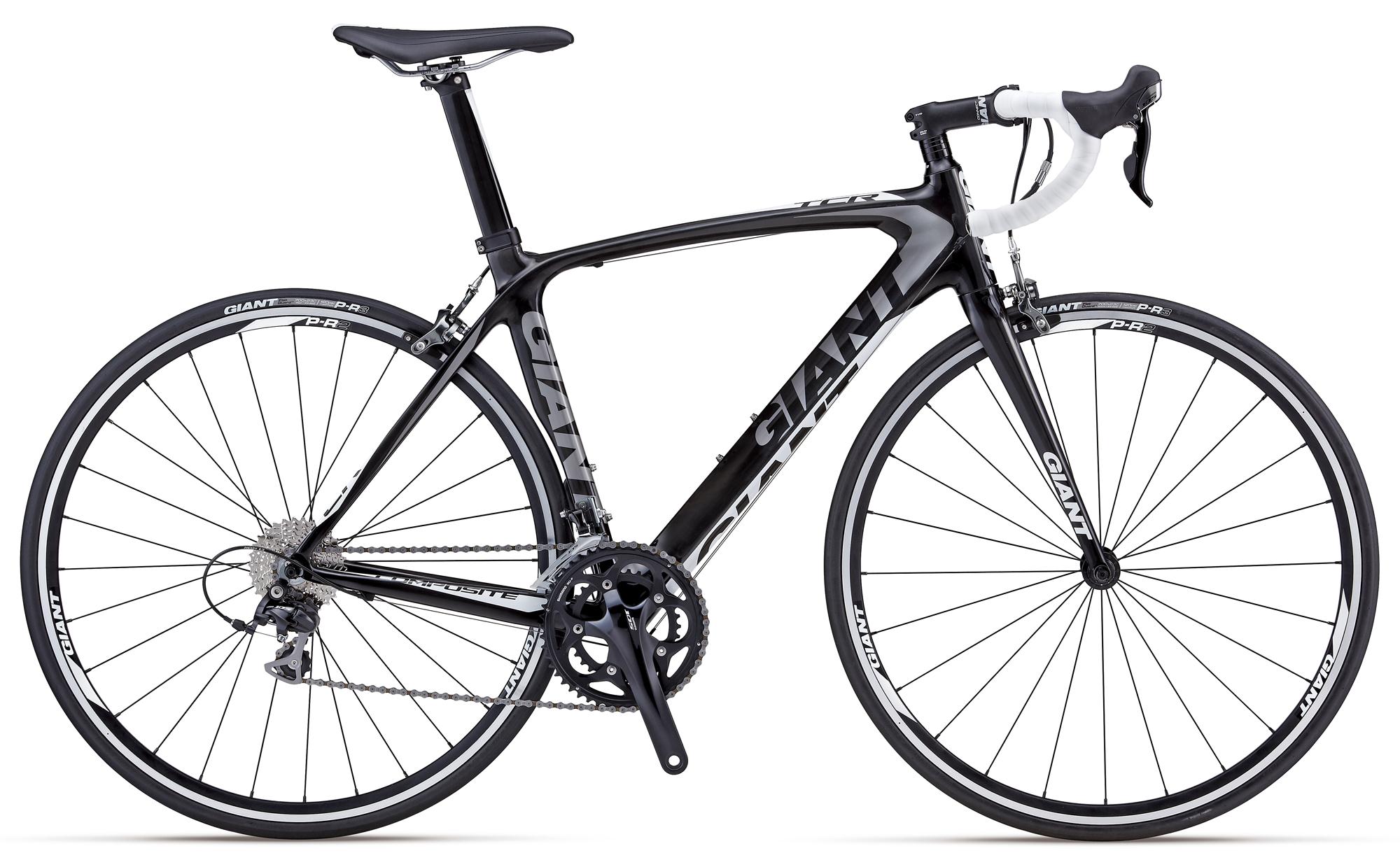 The last bike time that I purchased a bike was in 1990 when I picked up a 1989 Trek Antelope 830 hybrid.  I paid over $400 for it which was kind of pricey for a bike at the time but it was worth it.  It is still going strong and will remain as the bike I use for commuting and getting from point A to point B.  This new Giant TCR Composite is strictly for training, group rides and triathlons.

I initially considered getting a triathlon/TT bike but, after looking into them, I just don’t believe that the high price will result in any noticeable increase in ability or speed.  In fact, I honestly think the opposite would happen.  Tri bikes look cool as hell but road bikes just seem to handle better and they are more comfortable.  I don’t see any reason that why this wouldn’t be an awesome bike to ride in an Ironman.  My local club doesn’t even allow tri bikes on group rides so that alone was a good reason for me to get a road bike.  Here’s why…

I’m glad that I went with a new bike since it came with a free professional fitting.  I was pretty surprised when the fitter told me to get the large size.  When I was looking at used bikes, I was sure that I was a medium.  He got everything setup nicely and told me to return for a second fitting after a couple hundred miles.  This is the first bike that I have had that requires bike shoes.  It’s a weird feeling to be attached to the bike but the fitter adjusted them so they’ll release easier than normal.  At least until I get used to the routine of disengaging them.  I’ll have them tightened when I go in for the second fitting.

Now if this snow would just go away.