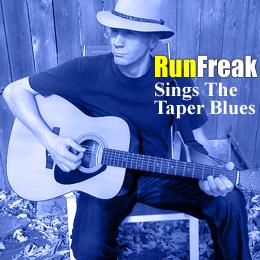 After running progressively longer distances for the past 5 weeks, I began to
taper my training 2 weeks prior to my first marathon. Most people taper for 3 weeks but I only had 7 weeks to train. After running 24, 27, 29, 34 and 36 miles per week, I started to taper my training down to 18 miles during the first taper week and exactly 3 miles this past week.

Tomorrow is race day and all I can say is that I can’t wait to be done with the tapering. I understand the benefits of it and have to say that the results have actually been pretty dramatic. However, I am still looking forward to going back to my normal routine.

The one thing that really got to me was the “Taper Blues”. On Monday and Tuesday of the last week I just became depressed. Once I noticed it, I tried to figure out what was causing it. I came up with several reasons why this was happening.

On Wednesday, my mood finally started to change. I started the day with a 3 mile run which felt great. I also started carbo-loading which made me feel like I was doing something positive again. Now, on the day before the race, I feel ready to go. After going through this process, here is what I learned.

I have no doubts that, had I not tapered, my left ankle and hip wouldn’t be at 100% and I might even have injured something else. It’s also pretty likely that I would be in the middle of a cold right now. Knowing all of this will definitely make it easier next time.

Like Loading...
Older
Why should I taper my marathon training?
Newer
The 24 Hours Before My First Marathon